The following comes from Christine Merrick Ayars' Contributions to the Art of Music in America by the Music Industries of Boston, 1640-1936:


William H. Cundy was born in Birmingham, England on August 18, 1832. He came to America in 1854, married in 1856 and became naturalized in 1869. Cundy was widely considered to be a fine clarinet player and according to Ayars was trained at the English Military Band Conservatory at Kneller Hall, England. During the Civil War he was a member of Patrick Gilmore's Band of the Twenty-Fourth Regiment, Massachusetts Volunteers and later performed for many years with the orchestra of the Boston Theatre. Through the 1870s Cundy grew to become a highly successful musical instrument dealer and music publisher. Ayars continues: 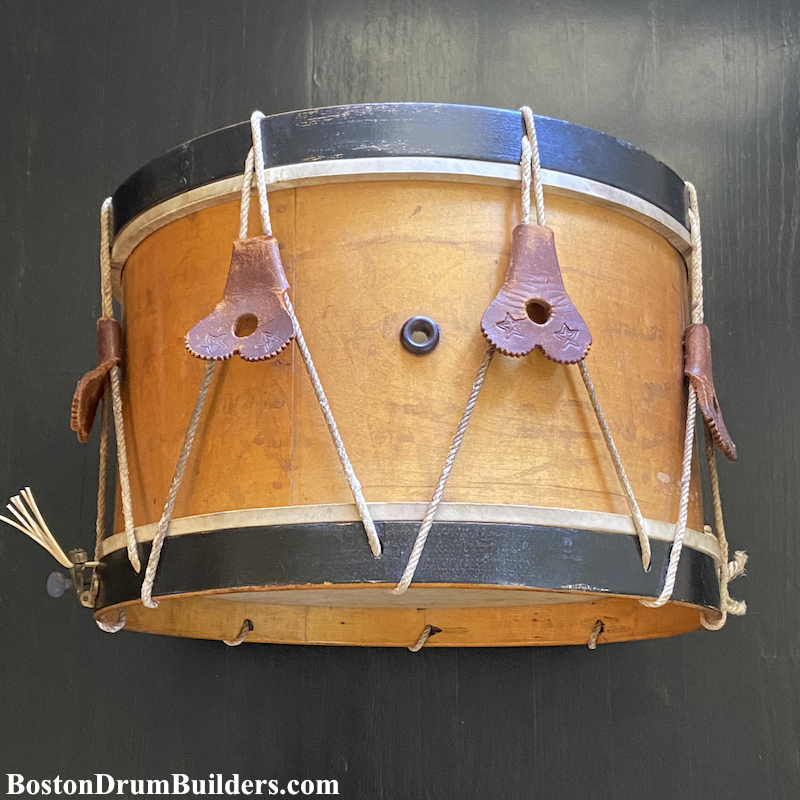 According to The American Bookseller, Vol. II, No. 12 dated December 15, 1876, Cundy announced his move to 55 Court Street before the end of that year. From 1877 through 1881 Boston Directories list Cundy under Music Dealers and Publishers with two addresses, 55 Court and 717 Tremont. The Tremont address is absent from 1882 through 1885 though he remains listed at 55 Court Street. Beginning in 1886 and continuing for the next several years, Cundy is listed at an address of 1 Columbia. Thus, the drum featured here figures to have been produced between 1876 and 1885. 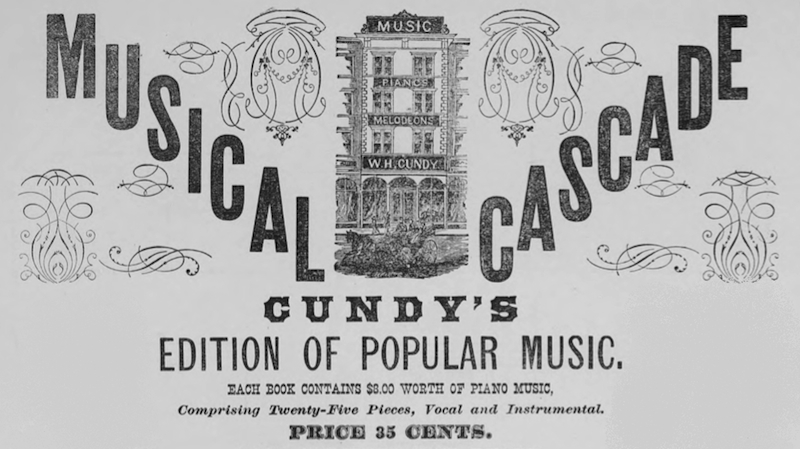 Individually, Cundy was best known as a publisher of sheet music. Harry Bettoney, previously an employee of Cundy, bought out the Cundy Music Publishing Company in 1907. The Cundy-Bettoney Company would eventually become a renowned maker of clarinets. William H. Cundy passed away at the age of 80 on January 11, 1913. 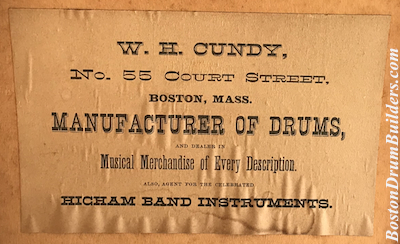 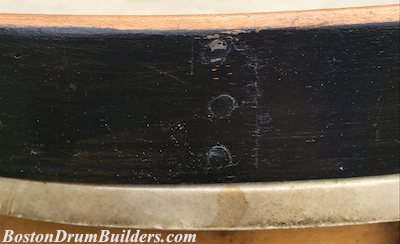 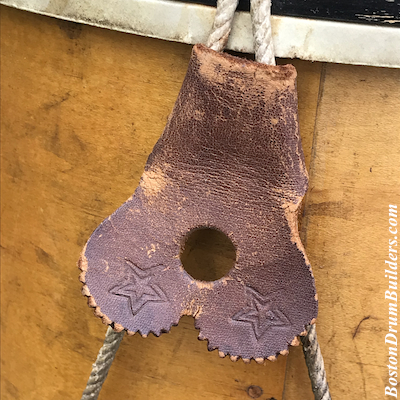 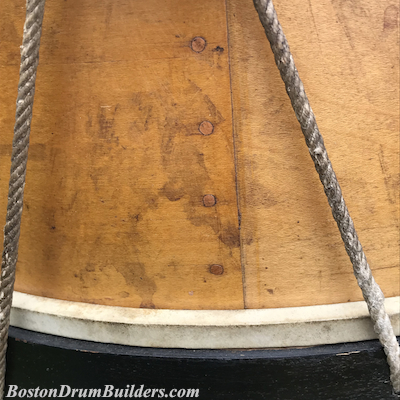 Drums manufactured by W. H. Cundy are quite scarce owing to their age and obscurity. Cundy sold a much greater volume of wind and brass instruments than drums, and the music publishing side of his business was likely more profitable. The few Cundy drums known to exist are simple in design and construction showing no major distinguishing characteristics from those of other Boston-based drum makers of the day. Cundy's drums do however compare favorably to the work of the larger local music houses such as Thompson & Odell and John .C. Haynes & Co. Cundy's drums are so similar, in fact, that the possibility cannot be ruled out that his drums were manufactured for him and then labeled with the Cundy name. He was after all a prolific distributor of imported instruments.

Do you have a drum made by W. H Cundy? I'd love to hear from you! Feel free to send Lee an email at lee@vinson.net. And for more on the early 20th century drum manufacturers of Boston, Massachusetts, please visit BostonDrumBuilders.com.