Who was William F. McIntosh?

William F. McIntosh was a peripheral figure to Boston's early 20th century drum makers. He is likely best known for his patented snare strainer and muffler used widely by George B. Stone & Son and others through the 1910s and into the 1920s. McIntosh's career as a musician and drum maker was consistently interwoven with other lines of work with his drum building endeavors often running concurrent to other employment. Much of his professional life was spent as a machinist, a trade where he would have acquired the skill and knowledge to produce drum components and accessories of his own. McIntosh's later years were spent as a radio repairer and eventually an electrician.

William Francis McIntosh was born February 27th, 1876 in Boston, Massachusetts to parents recently immigrated from Canada. His father William was from Nova Scotia and of Scottish decent. His mother Celina was French Canadian with recent family roots in Ireland. Census records from 1880 show the elder William McIntosh to be a carpenter and his wife Celina as keeping house at 100 Endicott Street in Boston.

Tracing a young William Francis McIntosh through directory listings show him as a clerk at 478 Hanover Street in Boston during the early 1890s when he was still in his teens. Through the late 1890s he is listed as a musician living at 209 Endicott Street in Boston's North End. At the age of 19 he married Sarah Veronica Farren, also 19, on February 17, 1896. Their marriage certificate lists William as a musician and his new bride as a waitress.

The couple would have three children together: Ellen Salina born February 28, 1897, William born September 7, 1898, and John Joseph born March 28th, 1900. The family suffered its share of tragedy with youngest daughter Ellen dying shy of her second birthday in 1898, and Sarah being committed to the Medfield State Asylum by her early 30s. Sarah would remain in care of the State for decades to come with census records listing her there through at least 1940.

Around 1903 the family moved just across the Charles River settling along Elwood Street in Charlestown. While directory listings from this time label McIntosh as a machinist, it was evidently a fruitful period for his drum building ventures as well. Multiple examples of McIntosh drums can be dated to the first decade of the 1900s including orchestra drums and larger parade drums.

McIntosh's output as a drum builder was most likely something of a slow trickle with spurts of productivity and spells of inactivity. Directory listings and census records are frequently at odds when naming McIntosh's profession. For example, the 1910 Boston Directory shows him as a machinist while the United States Census taken the same year describes him as a musician working in an orchestra.

McIntosh's manufacturing output was not limited to drums. Accessories including drum sticks and bass drum pedals, and traps such as ratchets and bird whistles were also built and sold. McIntosh makers labels make mention of xylophones and orchestra bells too. His overhead bass drum pedal and patented snare strainer appear in George B. Stone & Son catalogs from the late 1910s raising the possibility that other products were distributed through larger, more established dealers as well. But his overall production was small and sporadic, spread out across decades, making it difficult to definitively date most McIntosh products.

McIntosh's World War I draft card offers a humanizing snapshot of his life in 1918. He is described as tall, medium build, with blue eyes and blond hair. He was then employed as a machinist by the F. M. Tanck Company at 170 Atlantic Avenue in Boston. His parents were by this time deceased and his closest living relative was his wife Sarah who resided at Medfield Hospital, a solemn reminder that he had raised two sons largely on his own. He would however remarry many years later.

Beginning in 1924 McIntosh worked from an address at 33 Main Street in Charlestown, a quick five minute walk from his home at 6 Elwood Street. For the next two years he is listed in city directories as a drum maker perhaps coinciding with a period of renewed focus on drum building. Regardless, by 1926 he is again listed as a radio repairman, a line of work he seems to have mostly kept with before branching out into electrical work towards the end of his life. 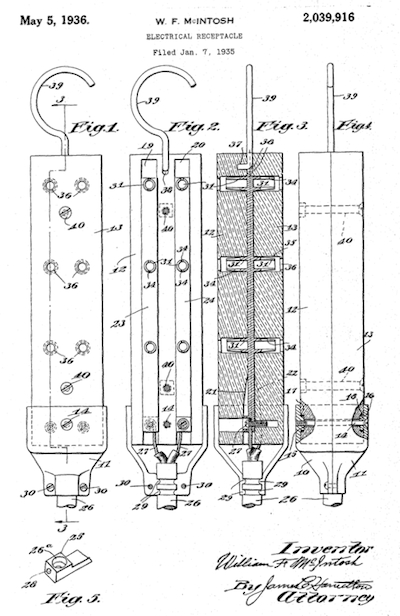 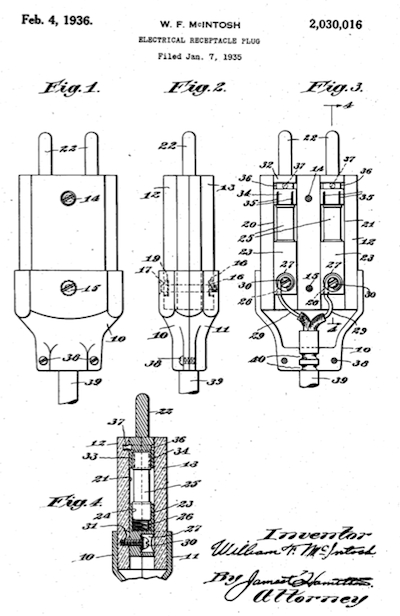 For all the years McIntosh spent supporting himself in other ways, he never stepped away completely from his drums. A 1941 newspaper article tells of McIntosh reclaiming one of his instruments in person at City Hall in Winchester, Massachusetts. The drum, made in 1914, had long sat unused and forgotten by the drummers club for which it was built before the drum was unearthed from a locked wooden box backstage by a custodian. After a write up appeared in the Winchester Star telling of the discovery, McIntosh showed up in person to collect it. Then in his mid 60s, he still held an affinity for the drums he had constructed decades before.

William Francis McIntosh passed away on May 20th, 1950 in Chelsea, Massachusetts and was laid to rest near his mother at Holy Cross in Malden. Perhaps deciding once and for all how he was to be remembered, his death certificate lists his occupation simply as 'musician'.


W. Lee Vinson is a classical percussionist, music educator, and snare drum historian. He is the author of BostonDrumBuilders.com, a website devoted to the late 19th and early 20th century drum makers of Boston, Massachusetts. Lee can be contacted by email at lee@vinson.net.