Snare drums by Boston's Charles A. Stromberg are recognizable by their elegance, attention to detail, and forward thinking design. All of those traits are on full display in this early Invincible Orchestra Drum produced between about 1912 and 1914. 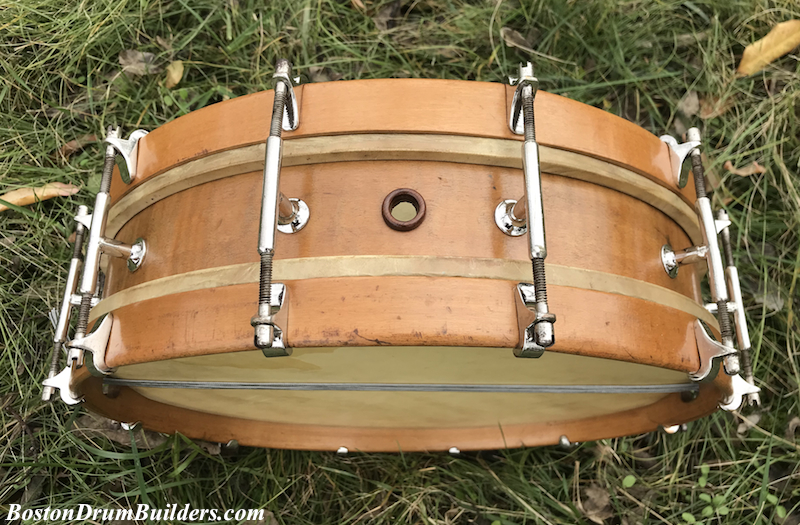 Like the master luthier he would one day become, Stromberg chose his wood with great care. The thin one ply shell employed here is reinforced by three narrow reinforcing rings which are formed from three-ply maple, an unusual construction technique which added great stability to a shallow drum shell. Though the original exterior shellac finish is weathered from age, when viewed in good light at just the perfect angle, the curly maple still shows its stripes.

Stromberg was apparently on the move when this drum was made. The makers label has been corrected to list 78 Portland Street as his new address having previously operated at 61 Hanover Street. A brief ad run in the Boston Globe places Stromberg's shop at 78 Portland Street at least as early as August 4, 1912. Directory listings show that by 1915 Stromberg had relocated to 40 Sudbury Street. 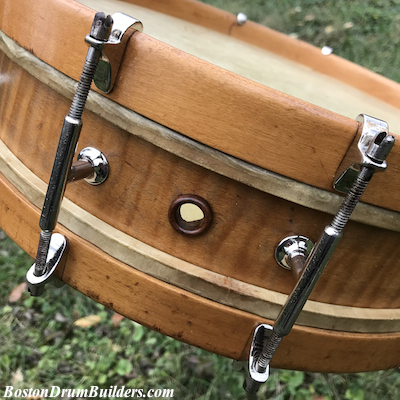 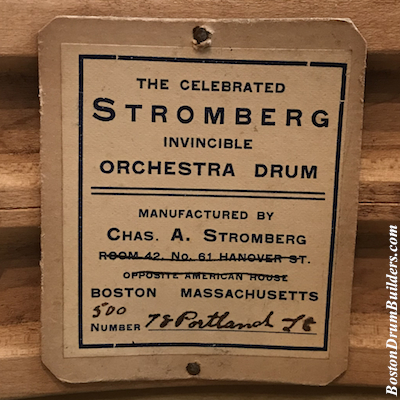 The claws installed on this particular drum differ from those seen on most Stromberg drums of this era. The single point claws used here (below left) closely resemble those used on George B. Stone & Son's Separate Tension Orchestra Drums while Stromberg more commonly used a two pronged claw (below right). Another minor curiosity with this drum is the very short headed slotted tension rods. Stromberg used several different styles of rods over time, including those with hex shaped heads in later years, but the slotted tension rods present on this drum are atypical. 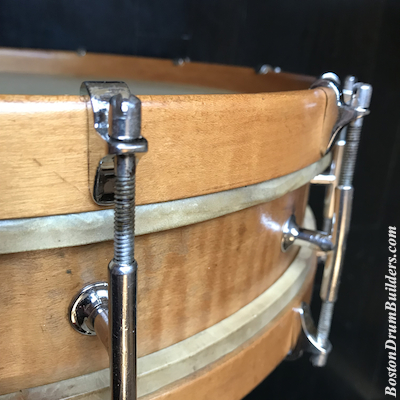 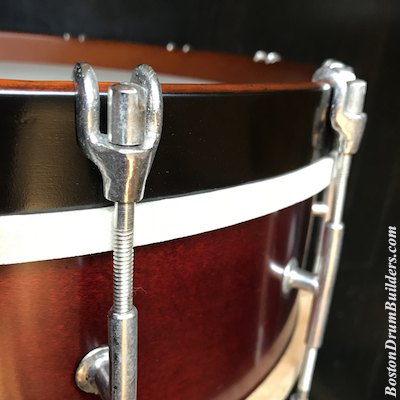 The snare strainer and butt are Stromberg's patented designs. In this instance, the strainer is more an evolution of the original than a reproduction. Through several more years of development, Stromberg had updated his design to incorporate a throw-off lever allowing the snares to be engaged or released instantaneously. Unique for its time, the mechanism was quite tall allowing the strainer arm to extend nearly to the top of the drum for easier accessibility. 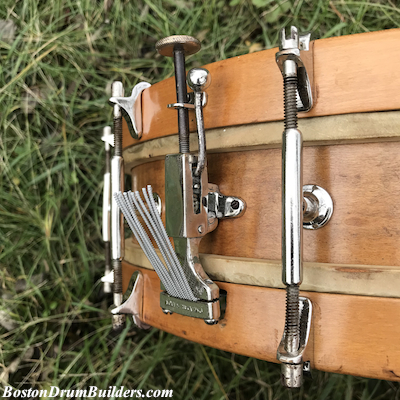 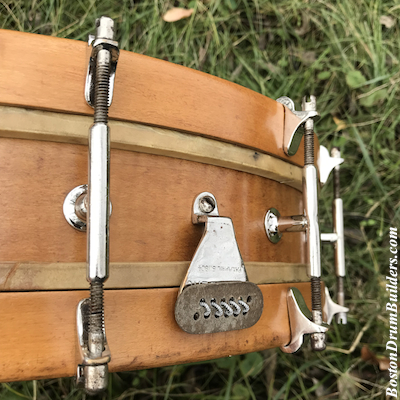 Do you have a drum made by Charles A. Stromberg? I would love to hear about it! Feel free to drop Lee an email at lee@vinson.net. And for more on the early 20th century snare drum makers of Boston, Massachusetts please visit BostonDrumBuilders.com.