I normally condone preservation over restoration. This drum, however, is an exception to me for a couple of reasons. For one, this instrument is missing several pieces of its original hardware. Two, the remaining hardware is in poor condition with significant plate loss and rust. And three, both the hardware and shell have already been modified from their original state by a previous owner. The drum's hardware had been poorly chromed over the original nickel plating which was already worn. The shell has had it's original finish removed and a terrible refinish of some sort has been crudely applied. All of these factors have led me to have this drum completely restored.

So this is what a George B. Stone & Son Master-Model Drum looks like without the shell: 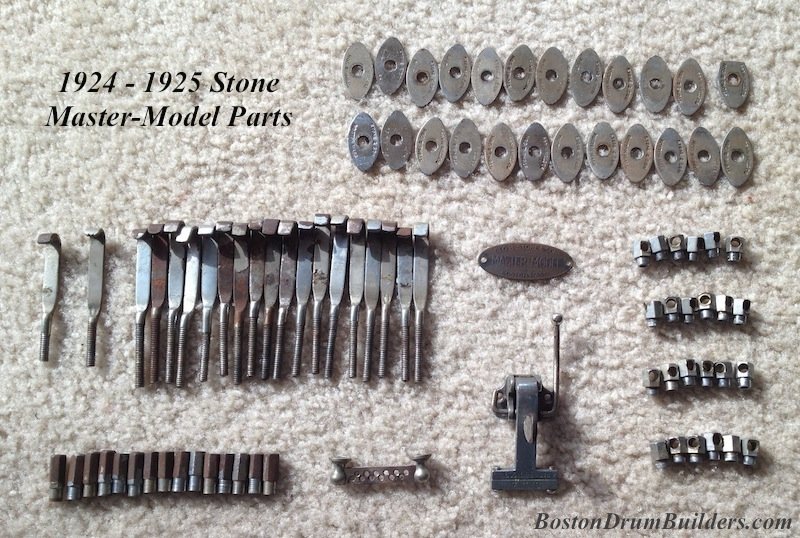 The parts are now in the hands of master craftsman Adrian Kirchler who is making up a few replacement claws and nuts, and then re-plating all of the hardware in nickel as it was originally. He will also 're-blacken' the background of the Master-Model badge bringing back its original appearance with the raised bronze lettering. 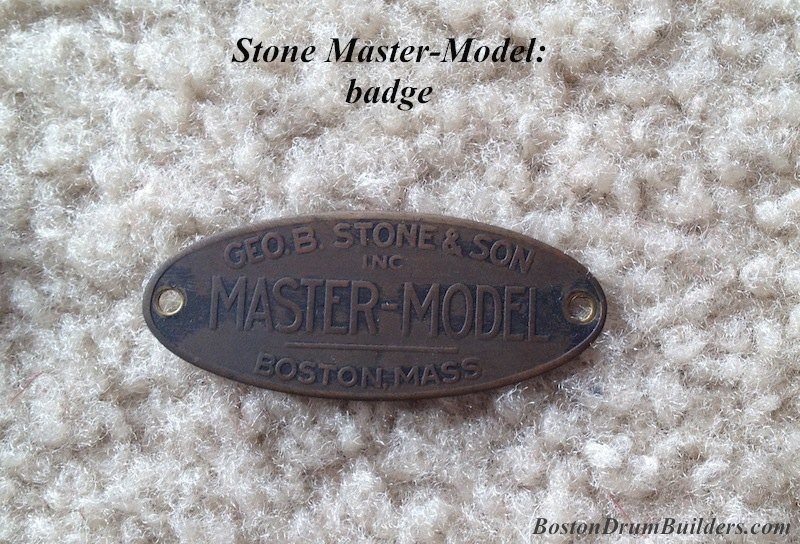 As for the shell and hoops, they have gone to Will Tillman, a.k.a. Drummers Dream, in Stewartstown Pennsylvania for minor repairs and refinishing using period correct techniques. 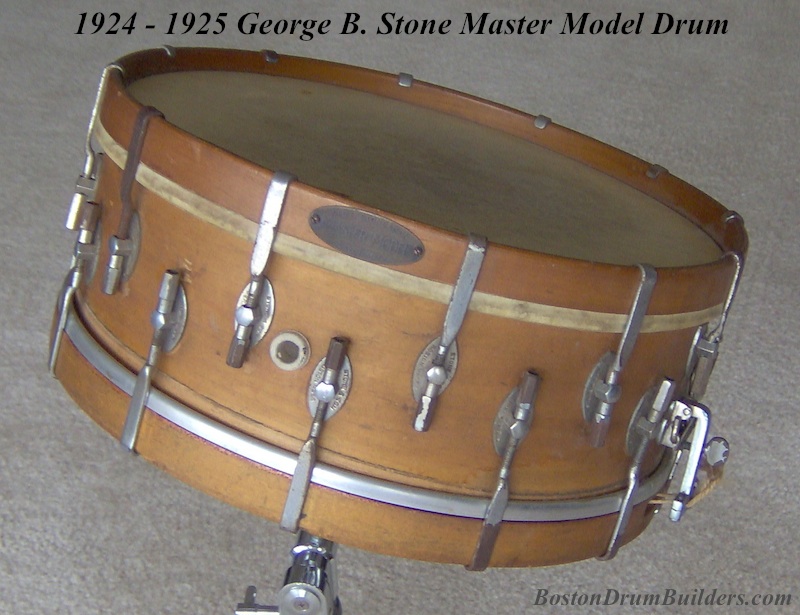 This Master-Model dates from late 1924 or early 1925 and was one of the first 250 produced by Stone the model's introduction in 1922. Hopefully, bringing it back to life through respectful, authentic restoration techniques will preserve this instrument for future generations to appreciate!

Do you have a Geo. B. Stone & Son Master-Model Drum? I'd love to hear from you! Send Lee an email at lee@vinson.net.